Counting your chickens: Art Week in a (nut)shell

This time around, the Art Week programme taking place in Pärnu from 17-25 July was perhaps even more packed than any previous week held in Tallinn.

This time around, the Art Week programme taking place in Pärnu from 17-25 July was perhaps even more packed than any previous week held in Tallinn. In addition to the events that have become tradition, and the main programme based on the curatorial theme, the most important events of the summer capital art scene were taken under its wing. Despite restrictions, we managed to involve both local and foreign artists and bring the audience a broader selection of multidisciplinary and international contemporary art, all of which was quite literally spread across the city, indoors and outdoors.

More than 30 events took place within the framework of Art Week, 13 of which were Art Week’s own productions, starting with Sven Grünberg’s ‘Breath’ and Jaan Malin’s multimedia production ‘Twisting while Twisted or Per aspera ad absurdum?’ on the hot beach sand and ending with the traditional Big Art Day and the innovative Art Market in the central squares of the city, which involved art institutions from all over Estonia. Other features included a thematic film programme, a bicycle tour of galleries, a window exhibition, beach cabin poetry and specially created performances and installations by international artists such as Susana Sanroman, Maria Griniuk, Kaspar Aus, Beatrice Lopez Alvestad, Monika Dirsytė and Līva Blumfelde. Our own famous and eccentric Edward von Lõngus, whose major exhibition crowned the Tallinn Biennale that grew out of Art Week last year, found his way to Pärnu, more specifically to the creative campus and college, as both street artwork which popped up overnight and a documentary photo series. 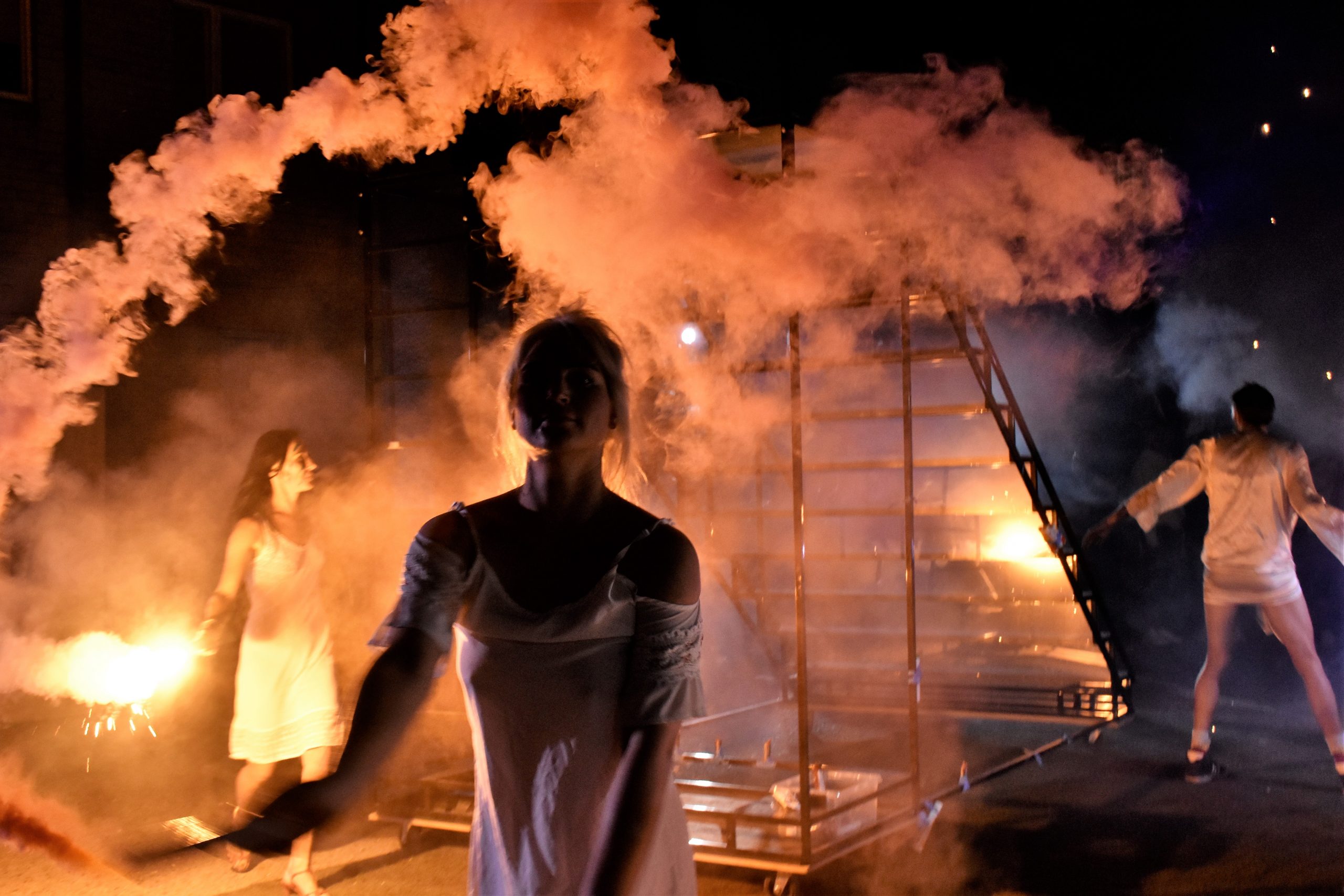 The Art Week programme was enriched by local events such as Pärnu Art Summer with its exhibition tours, the opening rally of the Printmaking IN Festival with its Diverse Universe performance programme, the street art festival ARTernative, a joint action of Pärnu Creative Association, and The Boondocks concert. Also joining the programme were Mauri Gross with exhibitions at Pärnu Concert Hall and Okapi Gallery in Pärnu Central Library, Vello Vinn at Endla Theatre as well as Mare Tralla in a former cafeteria of Pärnu Prison, all of which showed that art can be found in many places other than galleries or museums. The educational aspect was further enhanced by workshops for field-specific students within the framework of Pärnu Summer Academy, open-air exhibitions based on work at the junior school level organised by the Estonian Association of Art Schools and an audiovisual exhibition for the even younger. 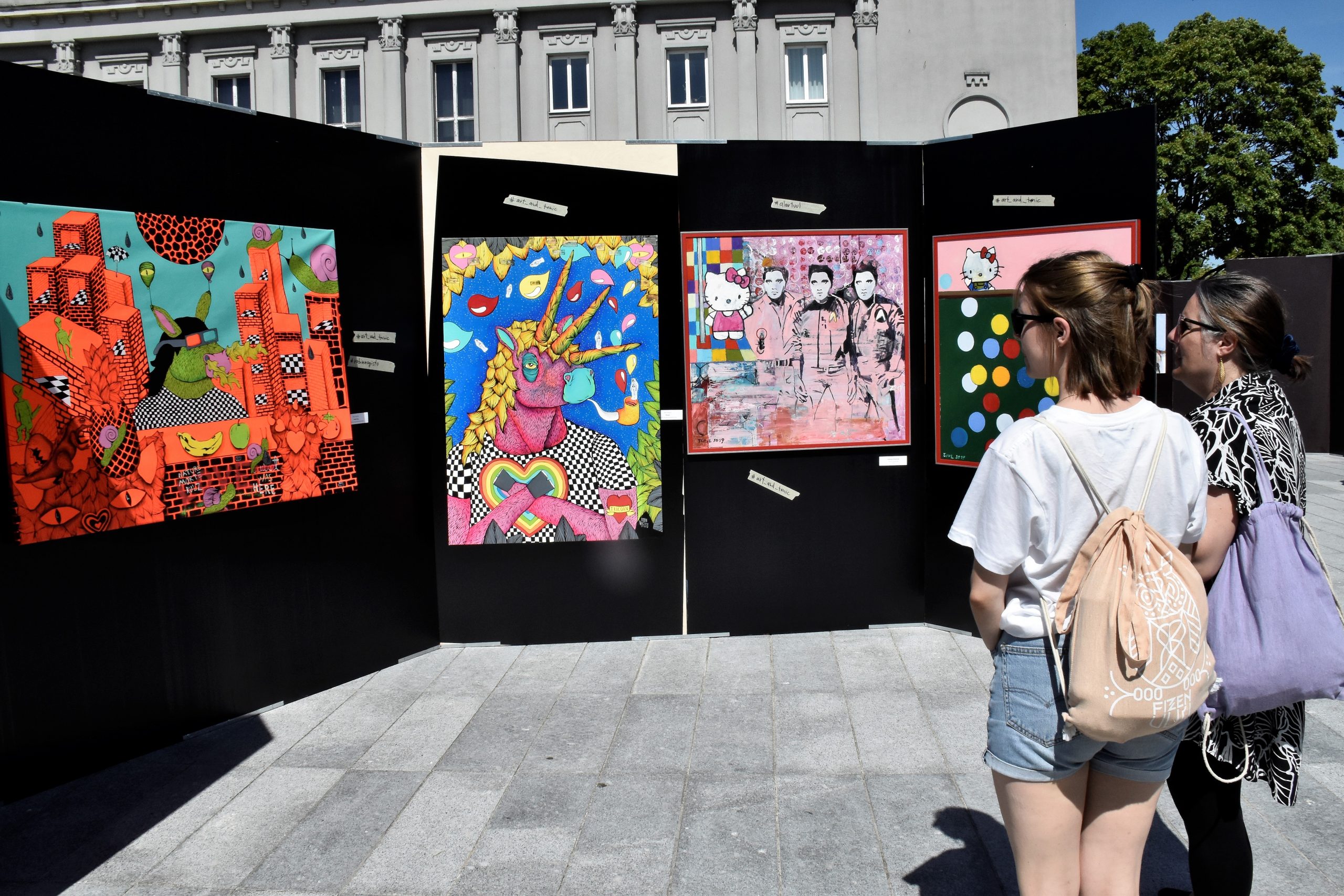 Many of the open exhibitions lasted longer than the dedicated Art Week; its central event, three-time production ‘Twisting while Twisted or Per aspera ad absurdum?’ will continue to appear at future festivals. In the meantime, it is possible to watch a video of the production and revisit those summer vibes on the YouTube channel of NOAR here.

The colourful Art Week Pärnu will kick-off on Saturday

Saturday 17 July marks the beginning of the spectacular Art Week Pärnu which will introduce the newest trends on the art landscape and works by the top artists.

Art Week Pärnu will be kicked off by a Sven Grünberg concert The Breath, presented by Taavi Kerikmäe and the Ensemble of the Estonian Electronic Music Society.